If you have a Blackberry User you wish to move to another Blackberry Enterprise Server on a seperate blackberry domain ( which means they utlize different blackberry user databases) you will need to go through the following tasks : 1) Backup the Blackberry Device via Blackberry Desktop Manager 2) Delete the User from the Old Blackberry Enterprise Server , and make sure you choose : “Yes – Delete the user and remove the BlackBerry information from the user’s mail system” , this removes all the Blackberry information in Exchange for the User ( Hence the backup ) 3) Wipe the device ( Go to Options, Select Security Options, Select General Settings then Click the Menu key, Select Wipe Handheld, Click Continue, Type “blackberry”) 4) Perform a restore on the device with the blackberry backup you took 5) Setup the new user on the new server with an activation password 6) Perform a reactivation with the new enterprise server ( Option , Advanced Options , Enterpise Activation )
VN:F [1.9.22_1171]
please wait...
Rating: 0.0/10 (0 votes cast)
VN:F [1.9.22_1171]
Rating: 0 (from 0 votes)

Recently someone had sent an JPG Image over , however on opening the image from Outlook with Windows 7’s  Photo Viewer it was showing the image as a slide show of five seperate images.Initially confused ( as a TIF is the only mulipage image format ), I thought the slideshow program was being clever and scanning through my Temp Folder and displaying all the photos in that folder, however upon reopening the image from a new location this was not the case. I opened the image up with tools such as Microsoft Office Picture Manager and Paint , and only the first page showed. Upon dragging the image into Infran Viewer, it straight away told me the image was infact a TIF image and would I like to change the file extension! I was amazed Windows opened these fine without trying to decode these as jpg instead of TIFS. So you can fool windows into thinking there are multipage jpgs, could be useful for accountants scanner in and archiving documents!
VN:F [1.9.22_1171]
please wait...
Rating: 0.0/10 (0 votes cast)
VN:F [1.9.22_1171]
Rating: 0 (from 0 votes) I was recently trying to setup a users home Windows Vista machine up for Terminal Services Web Access through the Active-X Control. Upon installing the Active X control I was given an error about the version for RDP. To find out the version of Remote Desktop Connection on your computer , open the Remote Desktop Client by clicking on Start , then in the Run or Search field then type mstsc and enter Now in the top left of the Remote Desktop Connection box , press the computer icon once , then click about. This machine only had Version 6.0.6000 which is the version Windows Vista comes with. Vista Service Pack 1 updates this to Version 6.0.6001 , which supports RDP 6.1 and the Terminal Services Web Access.

tried to go to a web page with Flash Adverts , and it brought up the following error message “A script in this movie is causing Adobe Flash Player 10 to run slowly. If it continues to run, your computer may become unresponsive. Do you want to abort the script?  Yes / No.” I test to a flash site such as YouTube proved no problems at all I used Reinstalled Adobe Flash , with still no joy , Removed Adobe Flash using the Adobe Flash Uninstaller then tried to reinstall but still problems. Tools , Internet Options , General Tab , Browsing History, Delete Chose the following : History , Cookies and Temporary Internet Files , Press delete and this fixed the error!
VN:F [1.9.22_1171]
please wait...
Rating: 0.0/10 (0 votes cast)
VN:F [1.9.22_1171]
Rating: 0 (from 0 votes)

No profiles were found in registry – Blackberry Desktop Manager Syncronisation I recently needed to Syncronise Outlook with a Blackberry , upon the normal installation of Blackberry Desktop Manager to a working Outlook profile , the following error displayed while try to set up the initial sync: No profiles were found in registry Now the MAPI profile was fulling working in Outlook , and it was if the Desktop Manager Software could not see any MAPI Profile. Upon re-creating a newutlook Profile in Paraellel with the existing Working Mapi Profile , Blackberry Desktop Manager listed both the profiles and you could choose the correct MAPI profile for blackberry syncronisation
VN:F [1.9.22_1171]
please wait...
Rating: 0.0/10 (0 votes cast)
VN:F [1.9.22_1171]
Rating: 0 (from 0 votes) I was going through a normal Blackberry Enterprise Server Activation , when the phone would not activate wirelessly. Nothing was displayed appart from an activation error after 10 Minutes. I tried activation through  Desktop Manager which worked , however as soon as the phone had activated , no new emails  came  through to the blackberry. Sent items where synincg  just no new inbox items I checked the MAGT and SYNC logs on BES for any errors. Default location C:\Program Files\Research In Motion\BlackBerryEnterprise Server\Logs And the device was coming up with “Old OTAKEYGEN packet is cancelled” error. After must research , I rebooted the BES box and deleted the problem user from the bes ( with all the blackberry data) and created a fresh user profile. This thankfully resolved the issue!
VN:F [1.9.22_1171]
please wait...
Rating: 10.0/10 (1 vote cast)
VN:F [1.9.22_1171]
Rating: 0 (from 0 votes) 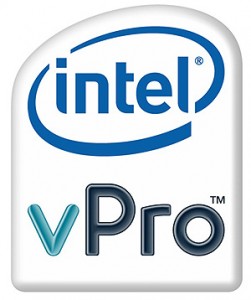 I was  recently performing driver reinstallation on a DC7700 HP Small form factor , when I came across a pci simple communications controller. This usually means a Modem , however there wasn’t one installed on this device. After a lookup of the Device ID ( 8086 – Intel) and Hardware ID’s ( 2994 ) on PCI Database it showed be the device was a “intel management engine interface”. There was no intel management engine interface on the HP DC7700 page , so I went to intels site to download one. However this did not work. Under more research it was the  Intel Host Embedded Controller Interface (HECI) Driver available here
VN:F [1.9.22_1171]
please wait...
Rating: 6.0/10 (1 vote cast)
VN:F [1.9.22_1171]
Rating: 0 (from 0 votes) I had a user today with an issue accessing the internet through the ISA server. Even though the “Automatically Detect Settings” option in internet explorer Tools, Internet Options , Connections, Lan Settings was set through group policy for some reason it had been unchecked. After ticking this box again internet was restored , would have been useful if ISA could have given me an authentication error!
VN:F [1.9.22_1171]
please wait...
Rating: 8.0/10 (1 vote cast)
VN:F [1.9.22_1171]
Rating: +1 (from 1 vote)

Hide Sent Messages from Outlook on Blackberry with BES A user wanted to remove the default syncing of Outlooks Sent Items to the blackberry ( So any item she sent off her computer was NOT synced with her blackberry). She wanted to keep items she sent from her blackberry on her device though. This means the option to hide Sent items as below will not work as this will hide all the sent items Scroll to the “Hide Sent Messages” field and set to Yes or No depending on your desire. It’s likely that one of these folks has that at Yes and the other at N To just hide the emails sent from your outlook on your blackberry and disable Sent Items Reconciliation you will need to create a rule on your blackberry Create a new filter ( Menu Key and New ) and set the filter From Value to your email address of your account and then change the Forward options to Do Not Forward. This will only now save emails sent from your blackberry and not forward from your computer
VN:F [1.9.22_1171]
please wait...
Rating: 0.0/10 (0 votes cast)
VN:F [1.9.22_1171]
Rating: 0 (from 0 votes)