Make sure you login to webportal as Manager

Update the Primary using the File

MDT – A connection to deployment shared could not be made 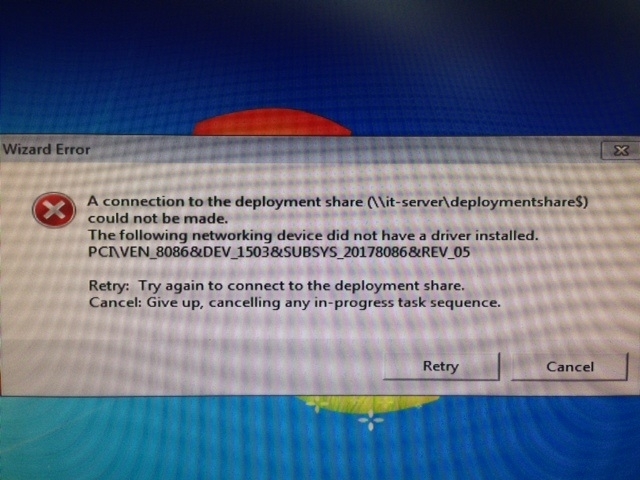 Once done , replace image on the Microsoft Deployment Services

WIM’s will be installed to

Recently I tried to boot an hp elite 8200 Compaq desktop from USB, however, pressing the f9 key on bootup was not showing me any USB key.

Upgrading the BIOS did not fix the issue

Recently on testing an MSA serving iSCSI hosts after modifying the MTU size to varying amounts to tests throughput of a hyper V host our SNMP monitoring system detected hundreds of Inbound Errors and 10’s of discard.

To resolve this reversal was performed on the SAN to disable Jumbo frames and to change he MTU size on the Switch and the Networks cards, however this errors still displayed on the SAN Eth 0-2 ports and did nothing to resolve this. In the end we had to restart each of the storage controllers ( A and B )  to resolve this How to find Mac Address to Port Relation on HP 1920G

HP have forced people to use the Web interface on the new range of switches , however you can enable advanced cli through :

To find the Mac and port relation on 1920G

You can See Mac and port relation there We tried through CLI :

However this was giving us errors for some reason

We found a workaround in Internet Explorer is to disable TLS 1.2 (Tools >
Options > Advanced > UNTICK Use TLS1.2).

After Restarting IE , it logged us into the ilo , however this was not the stop of the problems , upgrading to the latest firmware 1.57 gave us errors

We had to update to 1.28 first , then we could upgrade to the latest , below is a link to someone has all the links to the correct BIN files

Server reboots randomly and the above is displayed in the iLO.

This is an HP Problem , to into the Bios and change HP Power Profile to Maximum Performance

A MSL2024  came up with the following error on the screen. It sounded like a tape had fallen out on the track. You  will need to take the device apart to remove the tape

Releasing the magazines manually: If you cannot remove the magazines via the OCP or RMI, do the following: 1. Unplug the power cord from the device. 2. From the back of the autoloader, find the access holes for the right and left magazines.